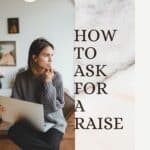 Are you being underpaid and want to make more money? The quickest way to a better salary is to ask for a raise.But asking for a pay increase involves way more than just a question.

You’ll need to show your boss your worth to the company and how they would benefit from giving you a raise.

Want to know how to ask for a raise the right way that’ll lead to an increase in salary? The ultimate guide below will help you get that bigger salary you deserve.

This guide will cover:

How to Ask for a Raise

Prepare Ahead of Time

Prepping beforehand will go a long way in getting a salary increase.

While this shouldn’t be too complicated of a process, there are some specific things you’ll want to do before asking for a raise.

Brainstorm Your Value and Accomplishments

First, make a list of the top ways in which you bring value to the company and your most significant accomplishments.

Think of concrete examples showcasing your talent and how the company has benefitted from your employment.

Also, list any certifications, training, or degrees you’ve obtained since getting hired or your last performance review.

Finally, highlight any specialized skills you have. If your expertise is a rarity in the field, that’s worth noting too.

Take Inventory of Your Job Duties

Look at what job duties were listed for your role when you first started working. Has your company added more responsibilities but not increased your pay?

Don’t forget to mention if your job responsibilities have increased.

A pivotal element to landing a pay raise is knowing the pay scale of your current job. You must know your worth to prevent getting underpaid.

Imagine how awkward it would be if the top of the salary range for your job is a $30 hourly wage, and you ask for a $50 hourly wage.

To prevent this, make sure you don’t have unrealistic salary expectations and conduct research before your meeting.

Here are some resources when researching pay that’ll provide you with salary data.

Depending on your company’s transparency regarding pay structure, some companies make salary information available to their employees.

Another good tip is to look at job postings for open positions in your role on the company website or job search websites and check if the salaries are listed there.

When researching, keep in mind that salary amounts can vary based on:

Now that you’ve completed your salary research, it’s time to determine how much money you would like to make.

A good starting point is asking for a 10% increase from your current salary.

Of course, you may not get the same salary increase you request, but even a 5% raise would be significant.

Utilize your salary research as well because that will give you a clearer idea of how much of a raise to request.

While this may not be necessary for everyone, having a mock conversation will make you more prepared and ease your nerves.

Go over what you plan to say to your boss with someone else or out loud to yourself.

It’s best not to memorize everything you’re going to say but go over some key talking points; this way, you’ll sound more natural.

When to Ask For a Raise

Timing is everything when seeking a pay raise. Here are a few things to consider.

How to Ask Your Boss for a Raise

Now that you’ve done your research and practiced what you’re going to say, it’s time to sit down with your boss.

Asking for a raise might sound anxiety-inducing, but following the formula below will ease your stress.

Ensure you have adequate time to speak to your boss to avoid a rushed conversation. If possible, set up a time to talk with your boss.

Asking your boss for a raise is like a sales pitch. However, instead of pitching a product, you are pitching yourself and what you bring to the company.

Just like a sales pitch, you will want to go over all the benefits you bring to the table.

Below is a winning pitch to get the raise you want. Your pitch should include the following:

Thank your boss and let them know you appreciate them meeting with you. Tell them you have enjoyed working for the company and see a future there.

Be sure to show some enthusiasm and appear personable.

Here is where all the research you completed will pay off. Be confident mentioning all your accomplishments and how being an employee benefits the company.

Don’t forget to sell yourself and showcase how you go above and beyond daily. Mention the points you brainstormed during your research session.

Like any good pitch, it’s time to close the sale. Ask your boss for a raise and participate in salary negotiations if applicable.

Remember that salary research you did before? Your preparation will come in handy if you end up negotiating your salary.

Wage negotiations may initially sound intimidating, but these tips will help you become a master negotiator.

Know your salary requirements beforehand. You could also negotiate for stock options, more vacation time, or other perks. It doesn’t necessarily have to be a salary increase.

When asking for a salary raise, don’t ask for a specific number. Instead, let your boss or human resources give you an amount first. The reasoning behind this negotiation strategy is that your boss may offer you a higher salary than you were going to ask for initially.

If the amount they give you is a good pay bump, then no need to continue negotiating. However, ask for more money if the salary offer is lower than what you wanted. When asking for more money, repeat one immediate benefit the company would receive from giving you this raise.

Your boss may give you a counteroffer to the amount you ask for, or they may agree to the salary amount you gave them.

Both outcomes would be ideal because it would mean a salary increase.

Another outcome is that they don’t budge from their original salary offer; in that case, it’s best to take it. Even a lower pay increase than you expected is better than no increase.

By the way, all of these tips also apply to negotiating a job offer.

What Not to Say When Asking for a Raise

We’ve talked a lot about what to say when asking for a raise; now, let’s go over some things you shouldn’t say.

Giving an ultimatum of quitting.

Telling the company you will quit if you don’t get a raise will lower your chances of them saying yes. If you end up saying this and don’t intend to quit, they may call your bluff and terminate you.

It’s best to keep the conversation positive and not put your current employer on the spot. Being polite and not pushy will get you closer to a salary increas.

Saying you deserve a raise but not explaining why.

You may deserve a raise, but if you don’t give your employer justification for a raise, this could cost you a pay increase. Tell them what you have contributed to the company with examples.

Stating you want a raise due to financial hardships.

It might be tempting to tell your boss that you’re financially struggling and want a raise. That may be the case, as many people currently struggle financially due to rising inflation and higher prices. Instead, focus on what you bring to the company and leave any personal reasons out of the conversation.

Talking bad about a coworker to make yourself look better.

Throwing your coworkers under the bus to receive increased compensation is not a great approach. Talking poorly about a colleague will only make you look bad, not the other way around.

Things to Consider After Asking For a Raise

After speaking to your boss, keep these things below in mind.

Be Prepared to Hear No

One possibility is your boss will say no to giving you an increased salary. While this may not be the outcome you want, you still may receive a raise in the future.

It may even lead to a discussion with your employer about what you can do to increase your chances of getting promotions and raises.

Ask your boss if they can provide feedback about your current job performance and if there’s anything you can do better.

They may have said no because you’re already at the salary maximum for your job. If that’s the case, inquire about a new position within the company.

If you feel there is no growth potential within the company or don’t receive a fair salary, looking for a new job might be the best option.

Be Ready to Wait

Sometimes you may not get an instant answer, and your boss may need to check with human resources first.

Following these tips and negotiation strategies will increase your chance of getting a raise.

After doing all the homework mentioned in this post, you’ll be ready for a conversation with your boss.

The bottom line is you have nothing to lose and everything to gain by asking for a bigger paycheck.

What’s left now is for you to take action if you want to make a better annual salary. You’ll never know if you’ll get a significant pay increase unless you ask for it.

This article originally appeared on Wealth of Geeks. 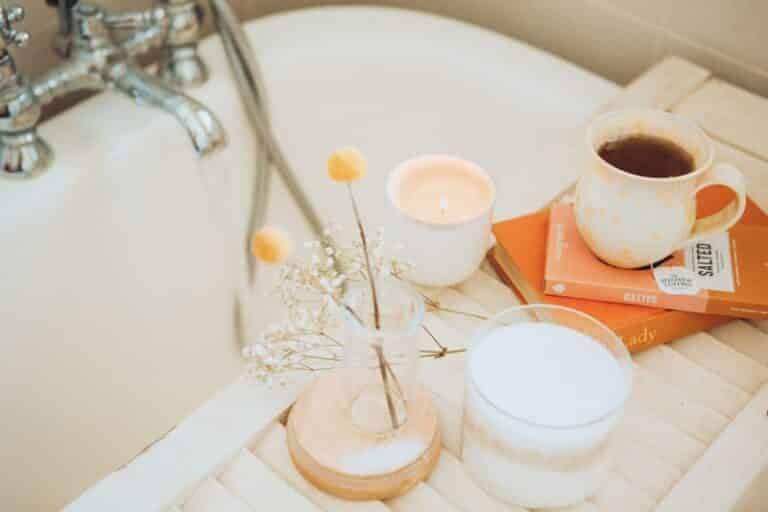 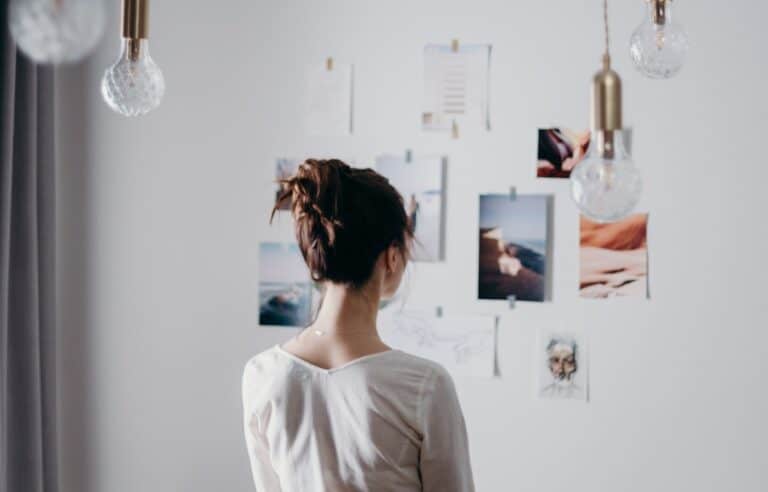 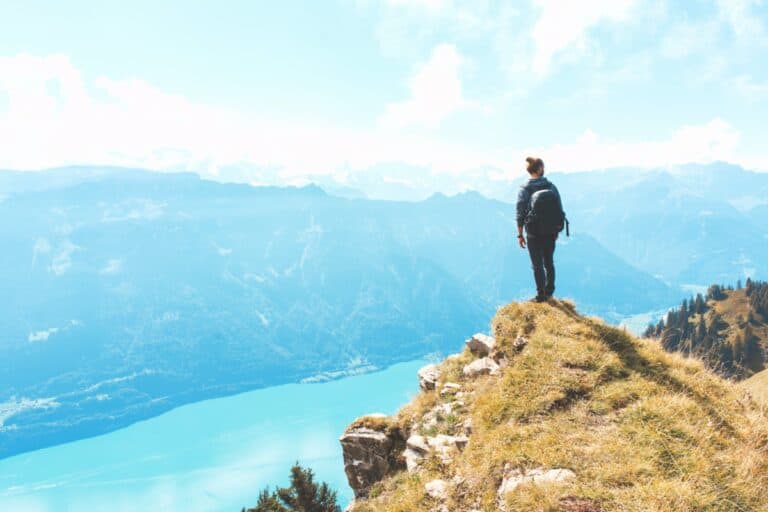